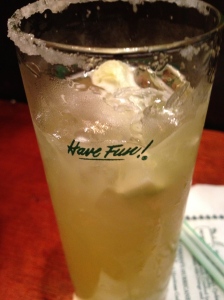 I just got back from several days in New Orleans for a family wedding and there is little doubt that the Big Easy makes its alcohol money on beer and booze. Wine is definitely a third place drink in that town. With that being said, if you look in the right places, there are plenty of wine opportunities to take advantage of. So, in brief, here are a few of the better wine moments from our trip to Crescent City.

Our first full day in NOLA ended at Bourbon House, a local landmark known for its eponymous beverage, as well as all the fine seafood that’s so plentiful in New Orleans. (Extra credit for having a gluten free menu for folks like me who need to avoid flour. More restaurants need to look at providing these.) Anyway, three of us chose different fish dishes, with daughter number two sticking true to form with a ribeye steak, and so I opted for a Domaine Latour Chassagne-Montrachet for all of us to share. Best part about this bottle, after the crisp, flavorful wine inside, was its price. Retailing for about $50, the restaurant had it on the menu for a very reasonable $75, once again reminding folks that the best way to sell lots of good wine is to put it on the menu at a fair price point. Gouging does nothing but stagnate the middle and upper sections of your inventory. A fine way to start off our dining days in New Orleans.

The next evening we found ourselves around the corner from our French Quarter lodging, Hotel Provincial, at Irene’s, an Italian eatery popular, for good reasons,  with locals and visitors alike. The food is delicious, portions are impressive, atmosphere is bustling but welcoming, and the waiters are professional and personable. 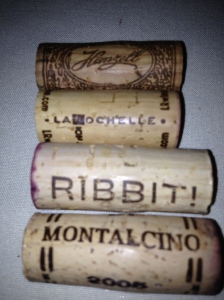 What I liked best was, again, the pricing on the wine list. There was a Flowers chardonnay for my sister who loves that variety that was a whisper above retail, and a Vieux Telegraphe that retails for $70 was listed at $99. These are only two examples of many bottles that were kept within reach, in all ranges, for Irene’s diners. One thing I did find a bit odd was the listing of Italian wines. For a place that prides itself on the authenticity of its cuisine, the section of the list dedicated to Italian wines was anemic at best. It was broken up by regions, but each region had only one entry. Tuscany, Piedmont, Alto Adige, and on, all with one wine each. This paucity of Italian offerings was made worse by the absolute overload of California cabernet sauvignon. I understand catering to the tourist trade or the palate-of-the-day, but Irene’s is missing a tremendous opportunity to support its cuisine and teach its clientele something about the wines of Italy. Here’s hoping that that changes in the very near future. If you’re going to be an Italian restaurant, be one from start to finish. No detours to Napa, please.

The night after the wedding another group of siblings, spouses, children, nieces and nephews gathered at Muriel’s on Jackson Square, another New Orleans mecca. Muriel’s wins the prize for best list of the week. Price markups ranged from 50% to 100%, give or take a buck, and the choices, in all categories, provided something for every palate and 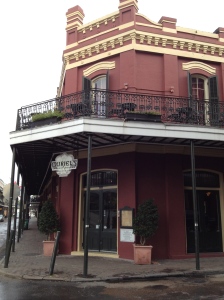 preference. And for those diners looking to have only a splash or two with their meal, Muriel’s carries a strong list of half-bottles. Of the four excellent bottles I ordered that evening — Hanzell chardonnay, LaRochelle pinot noir, Casanuova delle Cerbaie Brunello di Montalcino, Frog’s Leap cabernet sauvignon – the La Rochelle was the crowd favorite. I can’t wait to get out to Livermore to the winery to taste their entire lineup. Another great thing Muriel’s does is to list in bold print those wines that are particular values given their pricing that day. Talk about a time saver when your very large party is waiting for you to order wine. One disappointment, and it’s a minor one, had to do with our waiter, a young man who said he’s been serving for two years and is really starting to take his own wine education seriously. After he poured the Hanzell pretty aggressively, quickly asking if I wanted to order another bottle, after I had just ordered the three reds, I asked him not to race ahead with the other wines in similar fashion, that we wanted the wine to last a bit. Well, that request fell on deaf ears. Perhaps I’d been too subtle, something of which I am rarely accused, or perhaps my instructions couldn’t dent the ingrained sales brainwashing his superiors had given him. I told him that I’d handle the pouring from now on, but to no avail. I got one round in before he showed up to “help out.” This is an area of service where US restaurants could learn a thing or two from the Europeans. Over there, once the bottle is on the table, it’s our wine, to do with as we please. It’s not an opportunity for the restaurant to serve as fast as possible in the hopes of making another sale. Why can’t American restaurants get this right?

These three meals were great, wine-wise, but they were unfortunately countered by some clunkier moments. Like realizing that Commander’s Palace, a very likeable if completely touristy destination, treats its diners like ATM machines, with nosebleed markups near 400%. Same goes for The Ice House Bar in the lobby of our hotel, where similar gougings took place, but with really execrable offerings. At least Commander’s 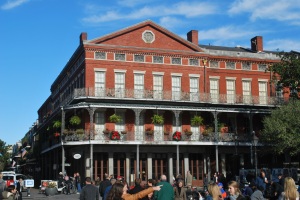 Palace had the decency to provide a list filled with interesting and offbeat selections.

You can’t leave New Orleans on a down note. The city’s DNA just won’t allow it. So I’ll end with a shout-out to Sidney’s Wine Cellar on Dectaur Street, right across from the French Market. I’d heard that Elio’s Wine Warehouse was the place to shop but time and logistics thwarted a trip there. Our first day in town and we needed some good wine. What to do, what to do. Locals convinced me that nothing near our hotel would do the trick. Au contraire, mes amis! Sidney’s is one-stop shopping of the first order. From newspapers and tobacco to top shelf US and European bottles, and plenty of great whites in the cooler, just ready to go. With knowledgeable clerks to guide shoppers quickly and efficiently, no hard sell involved, Sidney’s is the place if you’re looking for a good bottle of wine while staying in the French Quarter. When we return to New Orleans, and we will, Sydney’s will be on the to-do list as soon as we arrive.

Is New Orleans a wine town? Not by a long shot. But it can provide what you need if you just know where to look.