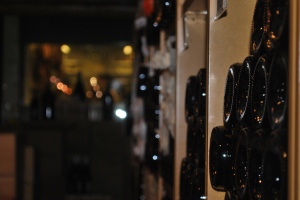 On a map, Barcelona and Normandy are hundreds of miles from each other. On any scale using wine as a measurement, they are galaxies apart. In Normandy, a good wine list is usually a surprise. In Barcelona, the surprise comes when the wine list is anything less than good.

Over the course of five days and four nights, my wife and I, along with our two daughters, had a chance to enjoy wine is a wide variety of venues and environments. And, apart from the cava at our hotel, which seemed out of step with the hotel’s other quality elements, we didn’t have a bad glass of wine all week. And we had many glasses of wine. (See list below)

Since my last visit in 2010, the lists in Barcelona seem to have gotten even more focused on wines from Northern Spain. Sitting here in France thinking back on the week, my notes cleverly hidden somewhere else, I can recall seeing only one or two lists with wines from anywhere else. In fact, a glass of Champagne my wife enjoyed one evening at Monvinic, a stylish and ultra-modern wine bar near our hotel, was the only non-Spanish wine on the tab during our short stay. (In the interests of full disclosure, the list at Monvinic is deeply global, smart, and enticing. If you have the time during your next visit to Catalunya, an hour or two here would be well spent.) 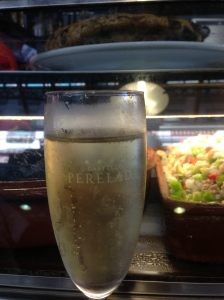 A special afternoon for us was a private tasting arranged for us by my brother’s father-in-law, a native of Barcelona and longtime friend of the family who operates Vila Vinateca, the city’s finest wine and food emporium. This is the sort of store that could have tasted us on any of the top wines from any region on the planet, but instead chose to share three wines from northern and central Spain. None of them were extravagantly expensive, nor did they boast stately pedigrees. What they did offer, besides impressive quality and value for the dollar, was a glimpse of the exciting things being done by the current wave of Spanish winemakers. These three wines were solid proof that the future of Spanish wine is in good hands, very good hands indeed.

From the simple La Candela to the upscale Els Pescadors, the lists were varied, affordable, and interesting. Each restaurant or bar had a few labels I recognized or knew personally, but countless more that I’d never heard of. And that was the exciting part. As much as I’m enjoying southern France (way past “lots” and just about at “are you kidding me?!”), I wish I had had a few more days in Barcelona to look more closely at what’s going on there in terms of wine, and to speak with the men and women who are every day creating and recreating the progressive and exciting wine scene there. 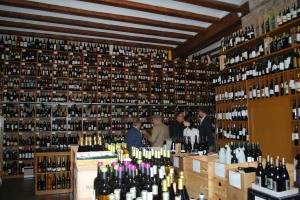 Senyor Parellada (Catalan, El Born)  2012 Emilio Moro Finca Resalsa (tinto fino), Ribera del Duero. Best part of our worst night in BCN. If the service had been a fraction as accessible and friendly as Moro’s wine, the night might have been a success. 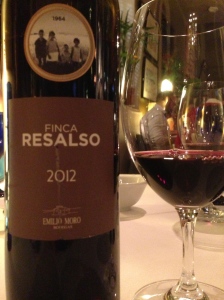 Barceloneta (Seafood, Port Vell)  2011 Guitian Godello, Valdeorras. Crisp, bright fruit and acids, pleasing finish. Great start to a special evening.   2009 San Vicente (tempranillo), Rioja. Had not enjoyed a bottle of this in a long time but remembered the last bottle fondly. A revisit of this label did not disappoint. Enough oomph for one daughter’s steak, elegant enough to harmonize with the seafood, which I have to admit was a pleasant surprise.

** Copious amounts of patxaran, espresso, water, and other libations were not available for comment.