I was so busy tossing furniture around in the Copley Plaza’s Oak Room the other day that I completely forgot about one very satisfying wine experience while in Boston. (Note to Boston PD: the preceding sentence’s

reference to damage in the Oak Room is a figure of speech. No faux antiques were injured in the aforementioned dramatic exercise.) A five-minute walk from the Copley, but about a million light years away, is Abe & Louie’s, an upscale steak house adorned in the customary fashion. The chairs are heavy, the woodwork and carpets are heavy, the knives are heavy. And, yes, the food is heavy. Not in a cloying or over-sauced manner, but in a “bet you can’t lift this” sort of way. What’s not heavy there is the service, which is nimble and light, attentive and smart. Diners are given the same, careful consideration that the restaurant gives its menu and wine list.

Abe & Louie’s offers wines from 12 countries and dozens of appellations, with a lengthy roster of California cabernet sauvignon that ranges from Arrowwood to 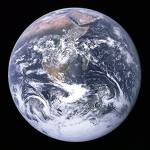 Whitehall Lane and just about everybody else in between. Mark-ups are fair and tend to decrease for the costlier bottles, as is appropriate. For those diners who favor a more European palate, there is more than enough to choose from, with whites and reds from France, Italy, Spain, Germany, and Austria. Quality New World varieties from New Zealand, South Africa, Argentina and Chile can also be found. Abe & Louie’s selection of wines by-the-glass ranges widely and prices are more than fair given the superior quality.

My wife and I chose a 2007 Caymus Napa cabernet sauvignon to go with our beef. Caymus was one of the first fine wines we shared years ago and so remains a reflexive favorite for special occasions. Not a minute passed after we ordered before the sommelier or floor manager, it wasn’t clear, was at our table, apologizing that the wine we chose was no longer available in the stated vintage. A brisk

conversation ensued, along with a joint examination of similar offerings. The manager did such a fine job under the circumstances, smartly suggesting less costly bottles, that we chose another bottle a few dollars more expensive than the first, the 2007 Cakebread Cellars cabernet sauvignon, also from Napa. We could not have been happier. It immediately ascended to our Top Ten list of the best bottles we have shared. Worth every single penny and then some. When are these wineries going to develop a good, affordable bottomless bottle? Can’t come soon enough!

Great glassware, proper service, no heavy-handed, constant pouring: it was a delight to eat at Abe & Louie’s. And the wine and food were fantastic. A few hundred yards from the Copley, yet worlds apart.

On Thanksgiving Day, we headed to Pigalle, a Parisian restaurant in Boston’s Theater District. We chose Pigalle because they had something for everybody, as well as a

traditional holiday turkey dinner, complete with mashed potatoes and stuffing. Among the many exceptional elements to the Pigalle experience was the smart and very affordable wine list. Pigalle is regularly listed among the Boston area’s finest restaurants, but their wine list, price-wise but not in terms of quality, is more like something you’d find at a restaurant a few tiers lower in the culinary hierarchy, with the majority of the bottles coming in at under $60. There are a few in the triple digit range but only a few, and the varieties on the list hail from every corner of the French countryside. We chose a mid-level red Burgundy for our meal, the 2006 Rene Bouvier Marsannay “On Ouzeloy.” It was a great value for the price ($83) and the perfect complement to the parade of flavors we discovered on our plates.

A light ruby, almost strawberry color, with a bright nose of red fruit and earthiness.  Lean and silky in the mouth with a great balance between fruit and acidity, it had a long, almost smokey finish. A pleasant bottle I wouldn’t hesitate to order again, and a relatively fair markup just around 100 percent. Again, we were met with a smartly constructed list, good stemware, knowledgeable and attentive servers, and wines that were great matches for the menu. Maybe all this is harder to pull off than it appears, but too many restaurants make it look like it’s impossible. At places like Abe & Louie’s and Pigalle, it’s just what they do. (see Tasting Notes for wines referred to above.)

Next, we finally arrive in Buffalo, and the landscape changes dramatically, but not completely.