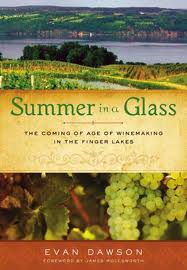 If you think of yourself as someone who loves wine, and, maybe as importantly, someone who cares about the American wine industry, then Summer in a Glass: The Coming of Age of Winemaking in the Finger Lakes, Evan Dawson’s warm but incisive examination of New York State’s most important and fastest-growing wine region, is required reading.

Dawson’s portrait of the Finger Lakes, which dominate the landscape and history of New York’s southern tier through central and western New York, is a personal one. He spends countless hours walking the hills, learning the nuances of the various valleys and lake shores, and appreciating the complexity and challenges that constitute grape growing in this often harsh, always beautiful land. And while he does these things, he comes to know, intimately, the lives and stories of the men and women who have dedicated themselves to making the region a forceful

presence in the modern wine world.

In his thirteen profiles, which focus on growers, wine makers, and winery owners, Dawson lays bare the beating hearts of Finger Lakes wine. These individual tales are not simple human-interest pieces. They are also filled with enough oenological minutiae to satisfy the geeks among us, as well as help the uninitiated understand what actually goes into turning fruit into wine, and the strenuous labor this task demands. And the author does this not through simple observation, but by pulling up his own boots and going to work at all stages of the winemaking process. So much easier to write about cold fingers and aching back muscles when those fingers and back muscles are your own. Wine making must be a labor of love, Dawson explains, or nobody would be willing to tolerate the strains and struggles it takes to do it. 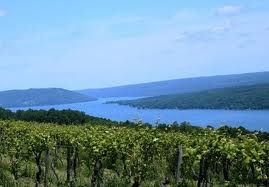 One of the things I appreciate most about Summer in a Glass is Dawson’s insistence on telling the whole truth. This book, while full of admiration for the region, its wines, and the people behind them, is no paean. He talks about intransigent growers who resist the obvious need to change tactics, to embrace modern viticulture, from canopy management and green pruning to soil analysis and harvest schedules. He does not shy from the flaws that are to be found in every corner of the region, from vine to vendor. Dawson is objective in pointing out, as some of the better growers and producers have said, and for which they have taken no small amount of abuse, that many members of the Finger Lakes community are their own worst enemies – locked into tradition, habit, and the belief that they can’t change the profile of their wines or the makeup of their vineyard without alienating their loyal customers. Of course, this is patently not true, as Dawson points out, and a number of the more 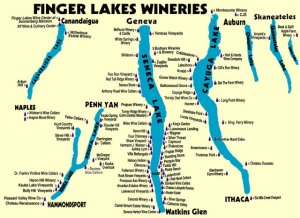 I’m also glad that he tenaciously puts the lie to the still widely held belief that the Finger Lakes offer nothing more than a few good rieslings. When discussing the book with a friend of mine, who is a student, lover, and collector of wine, he admitted that he only knew of white wine coming from this part of New York. He had no idea that quality red wine was being produced there. I thought to myself, if he doesn’t know much about the Finger Lakes, how can we expect the rest of the wine-drinking world to know?

Summer in a Glass engages you from page one on. Readers will be immediately caught up in the stories Dawson shares of the people who are working hard to rescue the Finger Lakes from the errors of its past. His commitment to understanding these individuals, their histories, their particular approaches to wine, and their hopes for the region and their 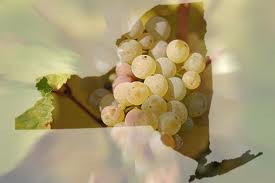 craft is evident on every page.

Maybe if more wine lovers pick up Dawson’s book, the Finger Lakes and its wine can start to get some of the attention they most certainly deserve.

If you’re interested in doing exactly that, click here.  You’re going to be glad you did. Cheers!