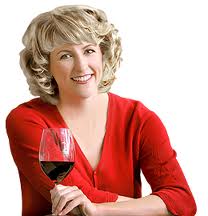 Anybody who has spent any time in the past couple of years on the wine world’s interwebs has run across Natalie MacLean. Or, I should say, been run over by Natalie MacLean.

Those who know of MacLean’s exertions in the wine industry would say that she is a keen, if not aggressive promoter. She promotes wines. She promotes things she writes. She promotes businesses she has an interest in. Above all, she promotes Natalie MacLean. This seemingly insatiable drive MacLean evinces in the marketplace might serve her well as a businesswoman, but the same remarkable appetite is problematic when it comes to her recent book, Unquenchable.

Unquenchable seems not to know what it wants to be. The chapters are puzzlingly titled by days of the week, and the wines listed at the end of each chapter are supposedly wines that are just the right choice for that particular day. A not-so-clever attempt at a motif that claims to guide but only serves to clutter the text and distract the reader.

But don’t worry. Unquenchable is also a travelogue. And, it’s an inside look at what goes on in the lives of wine’s crème de la crème from various points on the globe.  What else is it? It’s a user’s guide to the Natalie MacLean websites. It’s a list of wine’s great bargains and values, except that the prices for these same supposed steals extend into the upper levels of what’s affordable to the average consumer. MacLean claims to be a “cheapskate” but many of the wines she enjoys are rarely those purchased by the more frugal wine drinker. There are dozens of helpful tips for those new to wine. It’s a guide to food and wine pairings. It’s a log of great meals Natalie MacLean enjoyed during her travels.  It’s a compendium of the books Natalie MacLean likes to read while traveling to these far-flung wine regions. After a while you can’t help but think that MacLean’s kitchen must be missing a sink.

Unquenchable ends in a boozy, romantic reverie, with MacLean perched comfortably in Manhattan’s Algonquin Hotel, home to the iconic Round Table, where, decades ago, the wits and wags of New York’s literary scene gathered to enjoy cocktails and each other’s

company. MacLean’s internal dialogue fishes optimistically for some hint that, given the right cosmic alignment, she herself might find a place in that august company. She ends her hash of a book hoping the reader will see that she’s just a cheerful, “unquenchable” wine lover who wants nothing more than to share her affection for the grape. But there’s a problem with that closing thought. Her overall approach, both in Unquenchable and in her relentless online presence, belies the faux innocence of this final sentiment. As much as I wanted to enjoy the company of the MacLean from the last chapter, I couldn’t get over the MacLean who dominates the introduction and the body of the book.

Before readers get to enjoy the many stories in Unquenchable, they are pinned down by the author’s personal, overly biographical introduction, where she boasts about the Algeresque poverty of her early years, her rise to become a 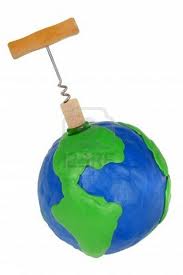 champion Scottish Highland dancer, and the challenges she faced as one of the few women in her MBA classes: all completely irrelevant in a book about wine, food, and travel. Most writers let the brief bio note at the end of the book suffice. MacLean should have done the same.

Natalie MacLean also makes sure her readers know that Natalie MacLean (yes, you see her full name quite a bit in the book) is a wine lover extraordinaire, both enthusiast and expert, and one not to be intimidated by all the fiercely aggressive and chauvinistic men in the wine business. She also wants her readers to know that she’s shy. All these things, again, might be completely true. But they have no business in a book that purports to be a high-spirited romp in search of great wine values. (Maybe she’s shy in real life; on paper she is an overly confessional force of nature.)

A good editor would have helped the friendly, generous MacLean, the one who wants to be your pal, to get out of her own way and tell her stories so that each chapter is about the subject of the particular tale, and not about MacLean’s role in that tale. Natalie MacLean dominates her own stories, and that gets to be a bit tiresome, despite her very real enthusiasm for and knowledge of the wine world she’s dying to share.

In the end, Unquenchable by Natalie MacLean is a book with too many focal points, or, perhaps, maybe, just one.  The only constant and consistent element in Unquenchable is Natalie MacLean.  And that’s a drink for which my thirst has been completely and utterly quenched.